Rev. Isaac Boluwatise is an articulate and probing minded minister of the gospel, who just started a new work in the ministry, The Light Tower Church. He also lectures at the LIFE Theological Seminary of the Foursquare Gospel Church, Nigeria.

In this interview with our Editor-In-Chief, Oladipo Emmanuel, Rev. Isaac talks about what he perceived on the just concluded general elections in the country, the roles of the church in government, and the need to accelerate the spread of the gospel. 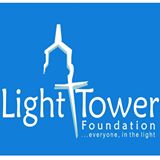 Okay, thank you very much Sir for granting me the audience and I will like to say that you look good.
Thank you, I appreciate it (Smiles).
Thanks for reading this.
Please follow and like us:

Has Jesus called the Church to positional leadership?

Why is so much division in Christendom?

You would not stop if helping becomes snare

Competition in the right perspective

Learning to live with patience can solve relationship problems

People’s opinions should not determine your life

Does God even answer prayers?

Where is our security when the nation fails?

Writing people off makes you miss the mark

Editorial: What should be the dispositions of president-elect, Muhammad Buhari?

Christians should live by faith not fate

Street urchins best of their kinds for disciples’ efforts

Editorial: Everyone in Nigeria needs integrity and not only government representatives

Should one dabble into every business for occasional money?

As Miss Nigeria is trained in conflict management

If you pray in your pastor’s name you are idolater

How your Christianity can be proven through tolerance

Vox-Pop: My feeling for the future of Nigeria

The easily provoked and the brawler of the Kingdom

When gospel artistes gather, God must be present

Building motivation for self actualisation is good

Why testing your partner if you’re not a probability?

The world will never come to an end: confirm it here

Could this be irrelevant statement on wedding day?

Against her wish is against the law

Coping when turned down

Reasons you should have a relationship

The woman every lady should become

I was a little hindered from entering fashion industry – OBA of Benin’s daughter, Aibi Erediauwa

Remedies to keeping a man

The changing nature of entrepreneurship startup

When is the right time to turn from a dream?

Is terrorism the bane of Christianity?

Aside from music, I dance Michael Jackson’s steps – Daniel

View all posts by admin →

5 thoughts on “It is fraudulent to escape the law with claims of being a gospel minister – Rev. Isaac Boluwatise.”

Editorial – Use of citizen journalism to curb accidents on Nigerian roads

Be happy to walk away from intimate relationship that devalues you

Aside from music, I dance Michael Jackson’s steps – Daniel

Get it on the go

Editorial – Use of citizen journalism to curb accidents on Nigerian roads

Be happy to walk away from intimate relationship that devalues you

Christians should live by faith not fate

Building motivation for self actualisation is good